HOW IS ROBERT OLD CASHMERE PRODUCED?

A GUIDE TO OUR LUXURY SCOTTISH CASHMERE FOR MEN

Although the high street is awash with inexpensive sweaters containing the word 'Cashmere' in the label, the reality is that these garments are of inferior quality; manufactured thousands of miles from Scotland using at best the remnants of the sorting process which separates the finest Cashmere fibres from the inferior quality hairs.

Trading in the highest quality was first embraced by Robert Old in 1909 and remains at the core of the business to this day. Our Cashmere knitwear is produced in the Scottish Borders town of Hawick by a family owned business with strong values akin to our own.

Each Robert Old Sweater is produced by combining handcraftsmanship and the finest 'Grade A' yarns resulting in the world's highest quality Cashmere.

WHAT IS A CASHMERE GRADE?

The most important thing to know is that Robert Old uses only 'Grade A' fibres in the production of every single one of our many and varied styles of Men's Cashmere sweaters.

This means that in order to be classified as 'Grade A' the Cashmere fibres need to be nice and long (a minimum of 34mm in length) and extremely fine with a maximum thickness of 16.5 microns (The average width of a human hair ranges between 60 and 100 microns in thickness).

Cashmere Sweaters produced using inferior grade fibres may not appear so very different at first sight but these garments are highly likely to begin pilling after minimal amounts of wear. 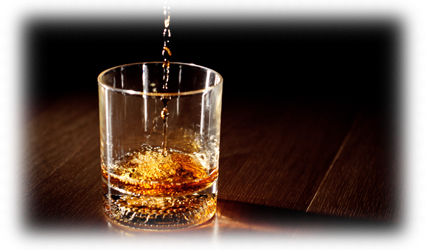 Although hailing from the mountainous regions of Inner Mongolia, Cashmere is as famous a Scottish export as Single Malt Whisky.

Robert Old Cashmere arrives in Scotland unrecognisable as oily and matted hair where it is hand sorted and washed in pure local waters before being dyed, spun into individually coloured yarns and transported to Hawick ready for manufacture.

Our manufacturer has been producing the finest Men's Cashmere Sweaters since 1874. Although the latest garment manufacturing technology now works seamlessly alongside traditional methods dating back to their foundation, the majority of the process is done by nimble fingers and keen eyes as each garment is pieced together by hand.

The garments at this stage are still heavy with oil to ensure the yarns withstand the rigours of the knitting process. It is not until each sweater has been sewn together and they are washed in Hawick's remarkably soft water that the instantly recognisable cloud-soft touch is revealed and for which Scottish Cashmere sweaters are so justifiably sought after.

Unlike inferior quality garments our Cashmere sweaters are densely knitted; as much Cashmere as possible is used to ensure that they retain their shape and appearance through decades of wear. A high quality 4 ply Cashmere sweater, held up, should reveal no trace of light.

Robert Old Super Premium Grade garments are knitted using a two ply of 2/28s, a twice double twisted yarn produced by tightly spinning 4 strands of 1/28s yarn resulting in a density which could simply be referred to as 4 ply but which we prefer to describe as 'Super Premium'.

Using this yarn produces garments that are soft yet rugged, have a great deal of weight but feel as light as air.

A single ply of 2/28s produced by entwining two yarns of 1/28s is used to produce our Premium Grade garments. These sweaters are most akin to garments commonly described as 2 ply and as such are slightly lighter in weight than our ‘Super Premium’ pullovers making them perfect for indoor or spring wear.

Alongside our Super Premium and Premium Grade garments we add many seasonal styles which are produced using variations on our constant theme of high quality yarns; for instance we have discovered that a delightfully plump yet remarkably light sweater can be produced by using a yarn of two 2/16s and that an extremely fine and delicate piece can be made using a single 30 gauge yarn for the upmost in lightweight sophistication.